Lost Ark is a Diablo-like ARPG Role Playing Game Online by Smilegate and Tripodstudio. The game has an isometric view. Lost Ark has an open world with puzzles. Players can also learn and level their Life Skills, a series of professions that give players different rewards, to craft materials, find relics and uncover a hidden dungeon. Players also have their own Ship which they can use to travel through Lost Ark.

Vast World – Immerse yourself in its vast world, full of puzzles, dangers, and intense boss fights, all with stunning visuals.

Tripod System – Enhance your skills and give them their own unique property, allowing you to set up combos like never before.

Varied Classes – Choose between a series of character classes, each with their own unique playstyle

Ride In Style – Use your ship to traverse the land faster. Don’t forget to watch out for bosses

Combo Based Combat – Build your character and make use of the 8-skill system, allowing you to create your own chain combos.

Developers of the MMORPG Lost Ark made a presentation, They will appear in the game during 2020, and the first major update this year is scheduled for January 15. Below is a brief roadmap for the Korean version of Lost Ark:

New challenges for raids (Normal, Test, Nightmare). The first bosses for these levels will be Elbahastik, Akeates, and Igrexon.
New complex raid “Legion”
Self-camera with a wide-angle of view
Rating system with various awards
A new island for the Battle of the King’s regime with dinosaurs
A new level of the reputation system.
A personal island expedition with its own home, where you can invite NPC with the highest level of reputation.
Ability to send NPCs on a ship to perform tasks.
Recycling peaceful skills.
Recycling of sailing.

New sea dungeon “Gates of Heaven” with Arcadia guard.
Various functions for the player’s convenience, a group search system on the server, the ability to share an expedition, a list of completed quests, improved island calendar, new hotkeys, easy search for souls spicy, presets of appearance, improved guidance and moving the character slot.
Beginning of season 2 of Lost Ark
Content management (e.g. getting rid of unnecessary currency)
Improvements to GvG, Battle of the Castle and Fortress.
A new type of activity – Island War.
A new episode for the storyline “Kadan”.
Changing the pharmacy for more fun.
Improvement of the card system with new mechanics and combinations.
Updated user interface, including ability window, raid table and MVP screen.
Two new classes.
The new continent of Spider.
Developers will begin to gradually get rid of the gender lock, but the characters of the other sex will be more like a whole new class (probably like in BDO). First of all, the female version of Demon Hunter and the male version of Avatar will be released.
Changes in balance.
All of the above will obviously be available in Russian version of Lost Ark soon after release in South Korea. At the moment we have only the old roadmap published by MY.GAMES before the XBT. It contains plans for updates until February 2020.

We also know that Japan’s Beta has begun. 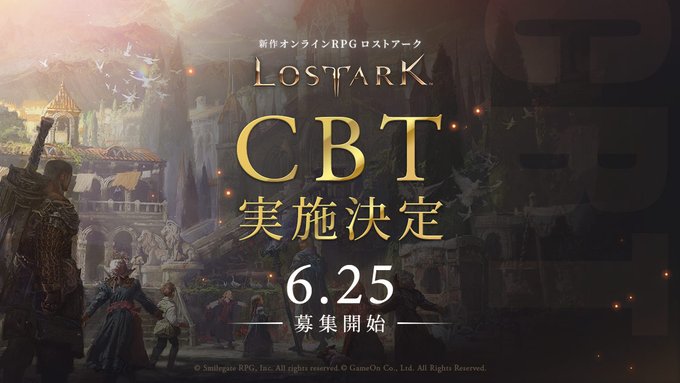 As of June you can load up your VPN and sign up for the game. (sadly, translations not included)